The Myth That Exercise Reverses Aging 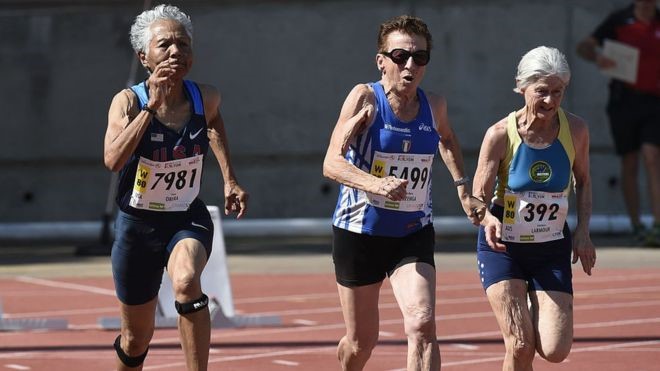 “Art, you’re a fitness guy who has said—in public—that exercise has an anti-aging effect on the body.

Now you want everyone to believe it’s not true?

What gives?” asked a fictitious reader.

You may call this a little bit of semantics at work, but the reality is: No. Exercise does NOT produce an anti-aging effect on the body.

Here’s what I mean…

Let’s say an active 80 year old has the same physiology as an inactive 50 year old, it’s the 50 year old who screwed things up!

They appear to be older than they are by virtue of the fact that the 80 year old is simply doing what we’re all supposed to do naturally!

I define this as “acceler-aging”: Taking the normal aging timeline and speeding it up by making poor lifestyle choices.

Here is something I work into every talk I do…

“Humans are designed to run, jump, drag, carry, throw and left…pretty much all the time. We are very mechanical creatures that way. It’s when we STOP doing all these things that the trouble starts.”

People who exercise their entire lives are NOT fitness fanatics!

All stuff we’re SUPPOSED to be doing!

But just when we need this activity the most, life gets in the way. We convince ourselves that we are too busy and have too much responsibility to possibly find time for exercise…as if physical activity were optional…

We all need to put a halt to the mindset that these highly active seniors are exceptions.

Our goal should make the example they set become the standard and not something we have to work our way back to.

When we slow down and become sedentary, we are making an active choice to SPEED UP the aging machinery. Contributing to the onset of diseases like Type II diabetes, cardiovascular disease and cancer.

According to research on American adults between the ages of 50-71 it was found over a 20 year study that those who exercised between two and eight hours a week from their teens through their 60’s had a 29-36% lower chance of dying from ANY cause.

Good news for people who have kept at the gym and exercise thing throughout their lives!

“Well, that’s great”, you might say “but I stopped exercising a LONG time ago. Is it too late for me?”

Studies also show humans can make significant gains in strength into their 90’s!

What does this mean for you?

You can still take advantage of what could be called the ‘preservation effect’ of exercise—if you start now!

The ONLY course of action that definitely leads to poor long-term health outcomes is NOT doing anything.

There is a tendency for many people to rely heavily upon the advances of modern medicine to keep them “healthy”.

This is a huge mistake since modern medicine CANNOT replace lost muscle mass or loss of muscular endurance and coordination.

Only YOU can preserve that!

And it is never too late!

So…today’s action? Let’s maintain what we have, keep doing what we’re supposed to do and look at lifelong exercise as the norm, never the exception.

Today’s blog presents many of the conclusions discussed in an excellent article from Professor Stephen Harridge and Professor Norman Lazarus based in King’s College, London. 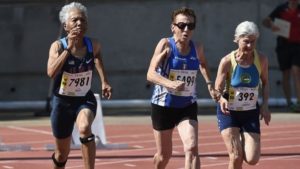