Do you consume more calories at night? This may be the reason… 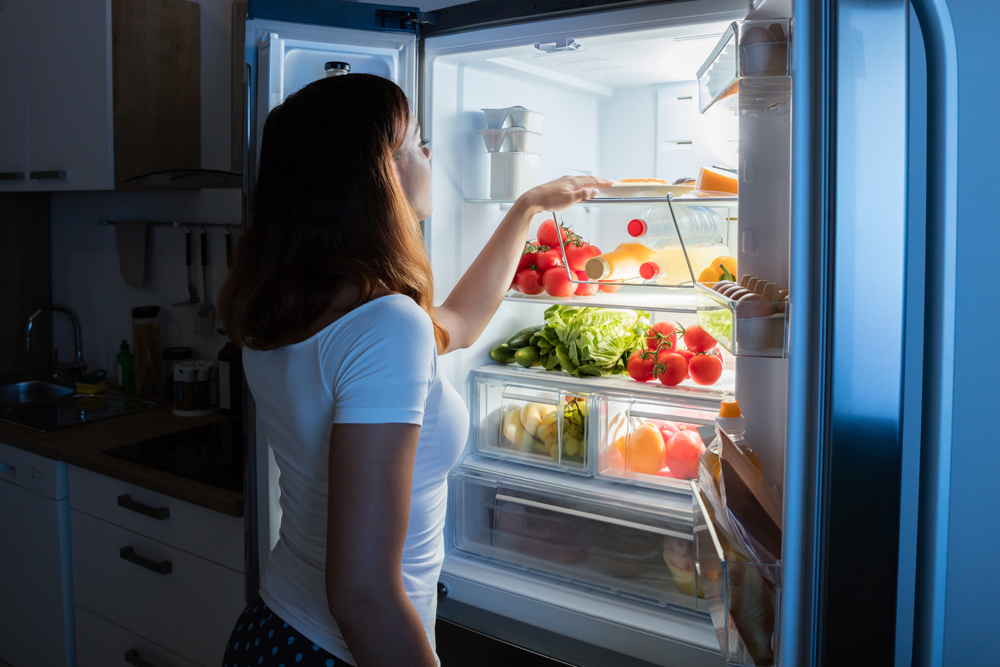 Many of the clients I speak with have one very powerful complaint in common.

They say they tend to eat ok during the day, but for some reason, in the late evening or even in the middle of the night, the find themselves craving more.

Did you know there is actually a name for this condition?

And it can actually be serious stuff…scientists found night eaters consumed more than 50% of their daily calories between 8PM to 6AM!

In addition, nighttime eating is associated with being overweight and obesity.

The downside is that there is no easy treatment.

The former tend to eat up to about 400 calories when they indulge.  Binge eaters can consume up to 2000-3000 calories in one sitting before stopping!

Scientists believe both behaviors may be rooted in the same cause, but as I mentioned, these causes are not always easy to treat.

If you recognize this as one of your behaviors, it’s important you speak with your physician about it. The studies are showing that people who receive cognitive behavioral therapy are seeing success in controlling these actions.

“In a pilot study major improvements were observed to occur among the subjects involved in a 10 session cognitive behavior therapy program including decreases in caloric intake after dinner, reduced number of late night ingestions, and body weight; within the study period average weight loss was 7 pounds, and mood and quality of life was also improved.”

Before starting therapy, what can you do on your part to halt this destructive pattern?
This goes back to one of the foundations of the Successful Aging Academy.

Of course, you first need to recognize them.  Remember, there is usually a trigger, then an action and then a reward to reinforce that behavior.

Here is the recommendation:

“Break associations with eating such as the habit of eating while watching TV, reading, using the computer, or playing video games. Try imagining the screen time without snacks, or cutting down on screen activity, or at the very least, replace screen time eating with healthier choices such as fruits, vegetables, nuts, seeds, water, and no-calorie drinks. Occupy the hands with other things during screen time such as flossing teeth, doodl

Recognizing this pattern is the first step in controlling it.  You can read more about it here.

Don’t delay action and wait for some type of prescription drug to fix things.

This is a conditioned behavior that is going to take time to stop, but you need to take a structured approach to doing so.

If you would like to go through the “Habit Change” accountability program from the Successful Aging Academy, just send me an email, and I will load it up for you!

Let’s break this pattern together!  If this is you…you’re not alone.